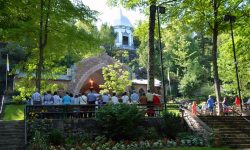 Prayer and worship are intrinsic to the Christian life and animate the efforts and work of Sanctuaire Notre-Dame-de-Lourdes. By the great gift of God’s grace, Our Lady’s humble Sanctuary was born of prayer, continues to be sustained by prayer and so fulfills its mission as a place of prayer. For 145 years, people have been visiting Our Lady’s Sanctuary and been touched by the spirit of prayer. 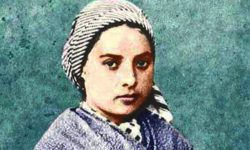 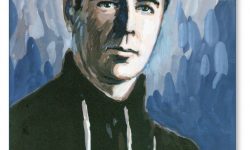 When the Lord cast his seeds on the life of Louis Querbes he found good soil.

Father Louis produced a harvest many times more than a hundredfold and his spiritual descendants, the priests, brothers and lay associates of the Clerics of St-Viateur, are still producing good fruit.

It is wonderful to see what God does through those who give their lives to Christ. 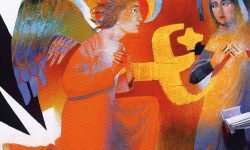 There is certain knowledge of God buried deep within each of us, as deep and real as our need for happiness. The road of life challenges our hearts long before it tests our wills. Every day we are faced with choices that lead to a destination that is either awful or awesome. These are choices we either accept with hope or flee from in terror.

Mary knows we are born with broken hearts into a world raging with strife. Our Lady wants nothing for herself but everything for her children. She brings us to Jesus that He might protect us and bind our wounds and that we might choose to walk with Him. Thank you Mary! 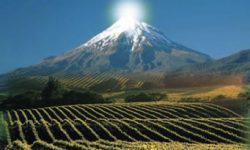 A short story for families and children of all ages.

There once was a King who lived high atop a mountain in a castle so beautiful that none could match its splendor. The castle shone like a diamond and no matter how far away in the kingdom one was, the sparkling light from the mountain could always be seen. The kingdom was lush with fertile valleys, meadows, vineyards and orchards which produced, by the work of human hands, nourishment for those who lived there. (…)