A story for the young and not so young

Mercy is the priceless treasure my Father gives to those He loves and it is you He loves, more than you could ever imagine. You are His cherished loved ones and when the time is right (and that time is known only to my Father), He gives you the gift of life and forms you in your mother’s womb. 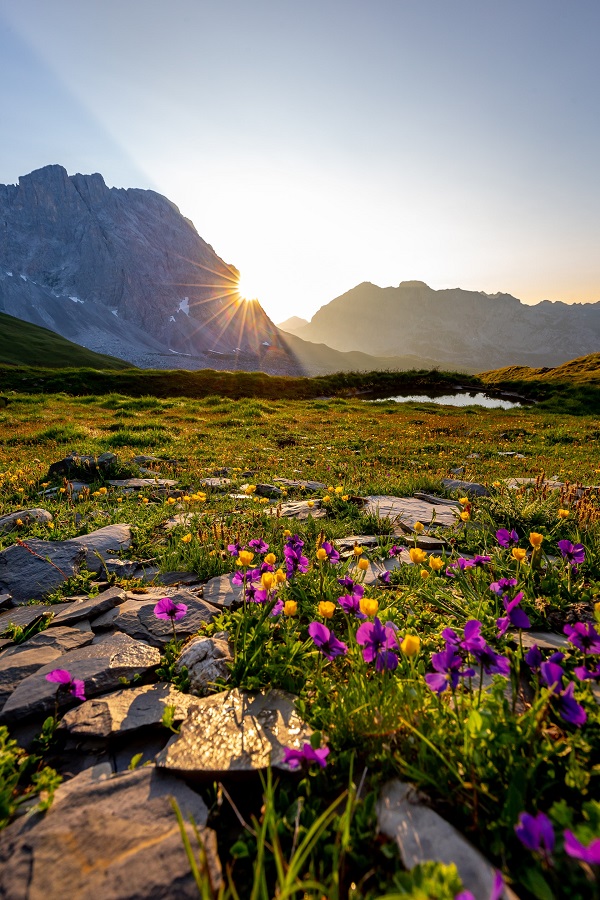 So immense is my Father’s Love that in the Beginning He created the heavens and the earth. The sun to rule the day, the moon and endless stars to light up the night, vast oceans and babbling brooks, towering mountain peaks and deep lush valleys, humid dense rain forests and parched barren deserts and, wherever it could put down roots, vegetation bearing seeds, nuts and fruits of every sort and kind.

He created every ant and antelope, butterfly and buffalo, chipmunk and camel, donkey and dolphin, eagle and elephant, firefly and flamingo, goldfish and giraffe, hummingbird and hippopotamus, insect and iguana, jellyfish and jaguar, kingfisher and kangaroo, lobster and lion, mouse and moose, nightingale and newt, oyster and orangutan, peacock and platypus, quail and quill fish, raccoon and rhinoceros, scorpion and serpent, turtle and tiger and every vulture, wolf, yak and zebra, to name but a few.

And in His own image and likeness, my Father created man and woman. To them He gave intelligence, reason and free will and made them masters of the things on earth.

Of all His wonderful Creation, it is man and woman my Father cherishes most and for them has a special gift: one that provides fortitude for moments of weakness, deep joy to lighten sorrow, wisdom when counsel is needed and serenity for difficult times. That gift is my Father’s Love.

Until the time was right for man and woman to receive His great gift, my Father created a beautiful and wondrous chest in which to keep it. Surrounding the chest was a constant shimmering halo and dazzling flashes of light occasionally escaped from it. Beautiful sounds, like Angel voices singing hymns of praise, emanated from it. A heavenly fragrance, like the scent of lavender and roses, enveloped it. Man and woman felt an immense peace in the presence of the wondrous chest and were loath to part from it.

My Father created a lovely garden as home for man and woman and there reposed the beautiful chest. Though it never left the garden, the chest was eternally present with my Father in the highest heavens and perpetually adored by the Angelic hosts. The beautiful chest was of the earth, but was much more. The wondrous vessel holding my Father’s Love was also of heaven and Holy.

In the evenings, my Father talked with man and woman and they asked about the beautiful chest. He said it held His special gift to them, something immensely powerful. My Father explained their hearts were too young to accept His great gift and requested they not open the chest until He told them the time was right. Without hesitation, they promised to wait.

Creation was in perfect harmony until a slimy thing slithered its way into the lovely garden. The moment it saw the wondrous chest, it despised man and woman because of my Father’s great love for them.

My Father loves everything He created and told it so, but the vile thing, now blind with rage, was beyond reasoning. It demanded all His Love or forever its enemy be. My Father refused so the Enemy sought its revenge by plotting the ruin of my Father’s loved ones.

Immediately man and woman were under attack: Were they children, needing protection? Had they not been given intelligence and the ability to reason for themselves? Why have free will if they needed permission to claim a gift? Then the Enemy changed its approach, whispering in woman’s ear that her beauty had faded and my Father had forgotten her. Why wait for Him? To man it taunted, what kind of master was he if he were not man enough to open a pretty box?

At first man and woman resisted the attacks but eventually their trust in my Father grew weak. When doubt entered their hearts, their faith in my Father withered away and that’s when the Enemy became their constant companion. Day and night without cease it badgered them to open that box.

Finally giving into temptation, they decided the time was right to take their gift. Try as he might, man could not open the beautiful chest without the help of woman and so it was that together, they broke their promise to my Father.

The instant the chest was opened, wave upon wave of my Father’s Love came billowing out, seeking its welcome in the hearts of man and woman. Its awesome power so frightened them that, unsure what to do, they hesitated. At the ready, the Enemy spat out its most wicked lie: the purpose of my Father’s Love was to CONTROL them. Alas, having lost their faith in my Father, they put their trust in the Enemy. Of their own free will, man and woman closed their hearts and refused my Father’s Love.

For an instant it seemed as if all Creation stood still in shock and disbelief at what had just taken place … Then the Enemy threw back its hideous head and howled in victory.

Spying a tiny crevice, the Enemy thrust a jagged claw into their young hearts, ripping them open and in flooded its evil handiwork: Anger, Conceit, Deception, Despair, Gluttony, Greed, Jealousy, Lust, Malice, Sloth and Vanity. Then came the Enemy’s favorite. Full of itself, PRIDE made its grand appearance and TOOK CONTROL of their hearts.

Their poor hearts, once pure and innocent, quickly grew cold and hard, the arrogance of Pride convincing them their transgression was greater than my Father’s Love. Believing they could never be forgiven, man and woman fled far from my Father’s presence, abandoning their home in the lovely garden.

When the Enemy conquered the hearts of man and woman, everything changed. Life became constant warfare, an unending battle between the twisted temptations and allure of darkness proffered at high cost by the Enemy and the Light, Truth and Joy that knows no ending freely given by my Father.

His children’s suffering deeply grieves my Father, and though He will not force His Love upon you, neither will He forsake you. Despite the Enemy’s evil efforts, Creation will unfold according to my Father’s Design, for there is nothing He cannot turn to Good. Nothing can separate you from the Love of my Father and your sufferings now cannot compare to the glory that awaits you. 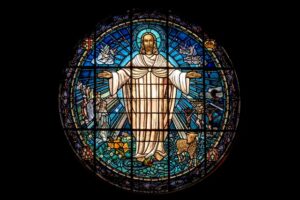 From the depths of His unconditional Love, my Father created a priceless treasure, one that eye has not seen, ear has not heard and human heart cannot imagine. It dries every tear, heals every wound and bestows New Life. It is Mercy, limitless and unfathomable, and my Father created it to save you, His cherished loved ones.

At the right time, my Father would give man and woman and their offspring the GREATEST GIFT OF ALL. He would give His only Son, who is Mercy itself.

Though the mountains fall away and the hills be shaken, My Love shall never fall away from you … says the LORD, who has mercy on you. Isaiah 54:10